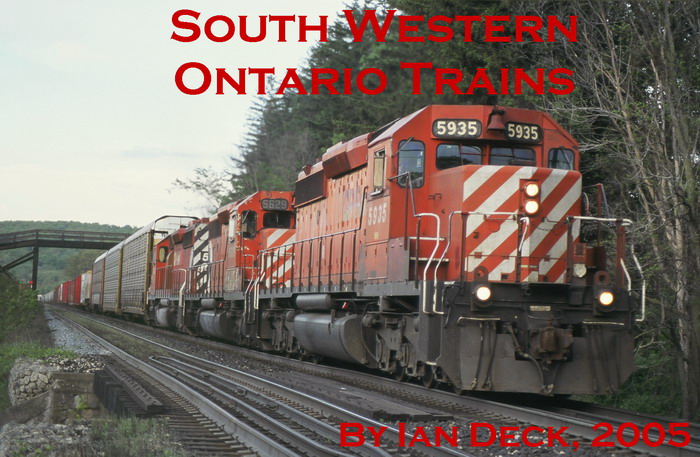 Welcome to my page of Train from Southern Ontario. I will be updating the page on a regular basis so check in everyonce and a while. I will be adding new pictures about 1 or 2 times per month when I get some rolls developed or if I use a Digital Camera. Check out the new section, and you will probably see some new pictures in there that you have not seen yet. Ian Deck